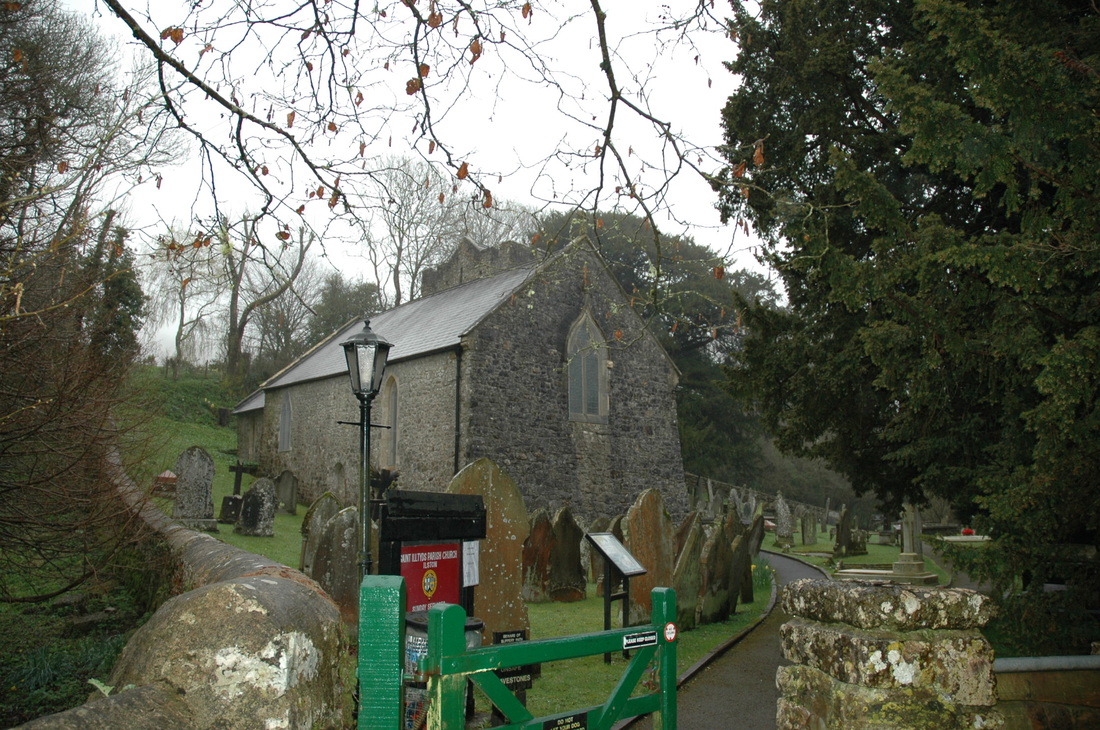 Below is the text of a sermon preached by our Curate the Rev. Mary Evans at Ilston Church, pictured above, at a recent service/


Our Old and New Testament readings are very closely related today, right down to the loaves made of barley, and the servant, or disciple, who asks how a meal for this many people can be possible.

When we look at it from that servant’s point of view, or Philip’s point of view in the gospel, it sounds like any host’s nightmare, doesn’t it! Imagine inviting say four people for supper, lovingly preparing a tasty lasagne and maybe a nice lemon tart for pudding. You expect that you might have some leftovers, enough to make a meal the next day. The doorbell rings, and there on the doorstep are twenty-five more people than you expected! Maybe your friends invited them along, not knowing it was a small supper, maybe they saw on Facebook there was a party, who knows. Here they are, and now you have to feed them. Well, if it were me, I think I’d just hit the pub, but then I’m lucky enough to have a pub across the road from me. Can you stretch your lasagne and lemon tart to fit 5 times as many as you expected? I know I’d struggle. To be frank, if you did, you’d probably have the same 25 people on your doorstep every night for a week.

When Jesus asks Philip, ‘Where are we going to get the bread for all these people,’ I wonder if he said it with a sort of knowing smile. ‘Well, Phil, what do you think we should do? Any ideas?’ We can maybe read a bit too much into the conversation, since we know nothing about their tone of voice. It’s a bit like trying to judge someone’s mood from a text message or an email. But I can’t imagine Jesus meant to test Philip, and Andrew, in an unkindly way. Rather than: ‘They’re just not getting it, these disciples of mine, they’re just a bit slow, aren’t they. Argh...,’ more ‘Oh, good, here’s a really good opportunity for some proper teaching.’

The story of this miracle is so important to the gospel writers that, other than the resurrection, it is the only one that’s found in all four gospels, and in fact it’s there twice in Matthew and Mark, although in slightly different forms – feeding four thousand, for instance, or different quantities of fish and bread!

The Dean of St Alban’s, Dr Jeffrey John is famous for many things, as I’m sure you know, but most rightly as a very able theologian and New Testament scholar. He has written a book just about Jesus’ miracles, and how very miraculous they were, showing us that Jesus was undoubtedly the son of God and our saviour. I went to a lecture he gave in the university last year, and he spoke of having two different RE teachers in school, one of whom made absolutely no attempt to interpret Jesus’ actions, because that would have been evidence of human pride, in trying to understand the mind of God; and the other who found a way to rationally explain every miracle into an everyday occurrence. Jesus walked on water because he happened to know where the hidden rocks were, Lazarus was never actually dead, just in a very particular sort of coma where he looked dead (and smelled dead, presumably) until he heard Jesus’ voice – that sort of thing.

According to this second teacher, what actually happened was that Jesus shared the boy’s meal with the people who happened to be nearest, and when everyone saw this they suddenly remembered that they had brought a packed lunch after all, and brought it out to share. Yay! The real miracle happened when everyone discovered how great it is to share with and care for those around you. Isn’t that nice.

Well, maybe, but frankly it’s a bit boring and a long way from what you would call miraculous. And if we go too far down that road we are in great danger of missing the fundamental point of the story, which is to show us an example of God’s enormous, overflowing love and generosity, to us, his children.

And especially in John’s gospel, where we hear about this miracle, it points us to the story that we find in each of the gospels except this one – which is the account of the Last Supper. We don’t find the last supper in John’s gospel at all. Instead we have this story where Jesus takes the bread, blesses it, and gives it to those around him. Only a few verses later, in the same chapter we’ve started today, Jesus describes himself as the Bread of Life, and the Living Bread which brings eternal life.

We might well ask, why is such a crucial part of Jesus’ ministry as the Last Supper left out of John’s gospel, the last one to be written? Surely that’s the one bit you want to leave in? It seems though, that for John, and the early church he was writing for, it was so obvious that the feeding of the five thousand is a version of the Eucharist, that it didn’t even need saying. John’s readers would have understood it instantly because it matched their theology, it fit well with their worship and understanding of Jesus. Two thousand years later, we’re drawing on many more traditions when we seek to follow Jesus, so we may not see it in the same way.

The people ate, and were satisfied, and there was food left over. Jesus provided for them unconditionally, and abundantly, just as he loves us unconditionally, and abundantly. It’s very easy for us to imagine ourselves as loveable only when we’re behaving well, or looking over our shoulder perhaps. That Bible verse that used to be quite common in people’s homes: ‘Thou God seest me’, was probably meant to frighten children into good behaviour because ‘Jesus can see everything you’re doing,’ – like that, it has quite a negative connotation, I think. I much prefer the other interpretation I heard once: ‘Certainly he sees you. He loves you so much he can’t take his eyes off you.’

God’s love for us, his care for us overflows. Like feeding five thousand people from a few bread rolls and a couple of fish, it’s so generous and so abundant that we really can’t get our heads around it. And I think if we try too hard, we’ll be in danger, like Jeffrey John’s teacher, of over-rationalising it, explaining it away, until there’s nothing wondrous about it anymore. It is there for us constantly; we have only to be open to it.

When we share in the eucharist, as we’ll do in a few moments, we are sharing in a foretaste of the kingdom of heaven, when we’ll be united with God and one another. It is here for all of us, an expression of God’s love and grace, poured out in abundance and freely available to all his children. We are welcome at his table this morning, as he welcomes us into his heart every time we seek him.